As I Am: How I finally became an Asian American writer 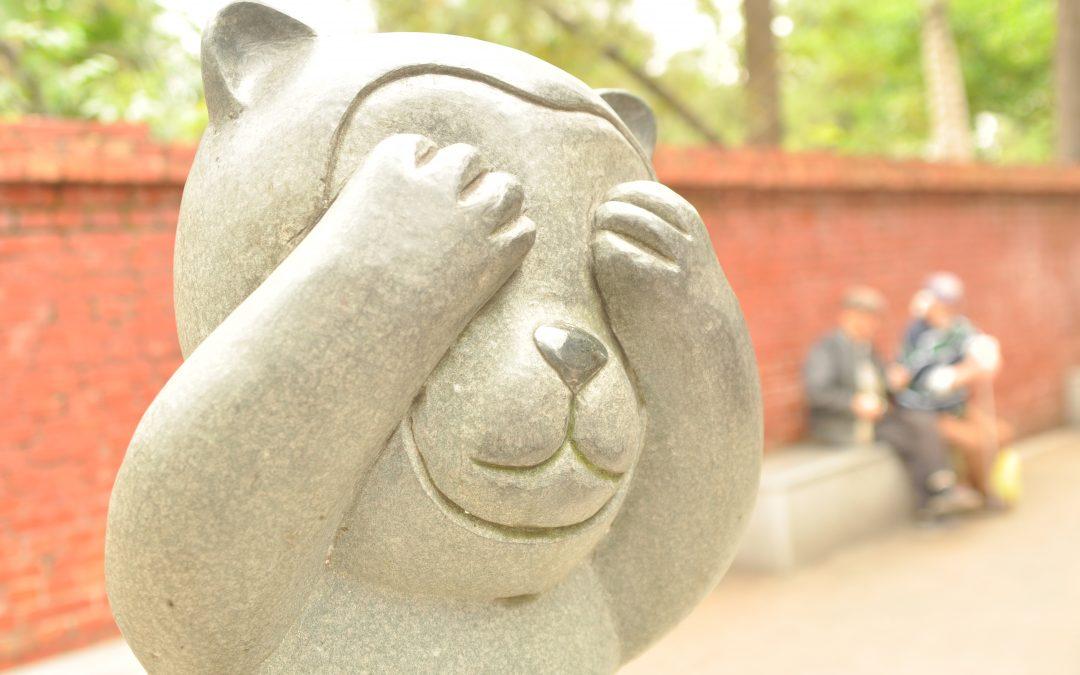 You would think that being an Asian American writer would come naturally to me. After all, my parents are Taiwanese immigrants, l was born and raised in the U.S., and I write things. But accepting that identity and role proved to be more difficult than I imagined.

As I’ve carved out a niche for myself as a writer over the last year, I had to unearth and confront a deeply internalized white supremacy…in myself.

It took me thirty years and six months to write my first essay about my identity as an Asian American. When I first saw China Channel’s call for submissions, I didn’t really want to pitch. It felt like a step down for me to write for an Asian-focused publication. (Even though China Channel paid me and Scary Mommy did not! #whopayswriters) I had spent most of my life avoiding my identity as an Asian American. I also believed that anything that didn’t appeal to a white audience was automatically second-tier. Yikes, how did that happen?

I didn’t set out to be “the Asian American writer.”

In fact, for most of my life I didn’t want to be the Asian American anything. Like every other child and adolescent, l just wanted to be normal. Growing up, I was never unaware of being the Chinese girl. Eventually the shame of being othered caught up with me. Starting in college, I began actively downplaying my Asianness. I pulled away from the Asian American Christian community in which I had grown up. Instead, I chose a predominantly white campus fellowship as well as a variety of student organizations favored by white students: yearbook, class honoraries, and volunteering. (All while maintaining a 3.9 GPA with a double major…I wasn’t going to totally give up academic excellence, obviously.) I always went to great lengths to clarify that I was not taking the stereotypically Asian pre-med path, despite my science major.

Even the systems intended to praise Asian Americans just made me feel like I had more to hide.

When debates raged over affirmative action, I flashed my state school diplomas to prove that I hadn’t stolen a seat at Harvard from a deserving white person. As classmates bemoaned their student loans, I kept my mouth shut about the minority scholarship and diversity fellowship that paid my way through college and grad school. In the same way, I avoided writing about Asian American culture and identity because that was just how I was born. It wasn’t fair for me to get admitted, funded, or published for something I didn’t earn, right? (At the time I didn’t understand or appreciate the many hardships my immigrant parents endured or the systemic racism we had internalized along the way.)

Until 2018, I had never met anyone in media or publishing who looked like me or shared my experiences. Sure, I’d read a few books by Amy Tan and other Asian American authors, but those works were a tiny fraction of my reading repertoire. My college English professors were all white. Even the blogosphere, which is theoretically more accessible than publishing or academia, was overwhelmingly white. Some of this whiteness, to be sure, is an unavoidable fact of life in the Midwest. But it made me to believe that I had to fit in with the legion of perky white mommy bloggers in order to monetize my writing. Needless to say, I didn’t sustain this charade for very long as I am neither perky nor white.

So why did I bother submitting that first essay to China Channel?

I had a story that I really needed to tell.

Writing about my Asian American experience for the first time was emotionally draining. I had to unearth and confront the shame lingering around that part of my identity. My editor Anne Henochowicz was empathetic and compassionate, but most importantly, I didn’t have to define rousong or meiguoren for her or any of her readers. When writing for a publication about China and the larger Sinophone (Chinese-speaking) world, I didn’t have to explain any of the basic cultural furnishings of my brain. And that was liberating. My first piece happened to run the same week as an article by renowned journalist Louisa Lim. I always loved hearing her voice on NPR as a reminder that there are Asian Americans in the media. Anne and Louisa’s work began to assure me that I could, and arguably should, write proudly about my experience and identity as an Asian American.

In March 2018, I took up the editorial mantle myself as part of the blog team at Progressive Asian American Christians (PAAC).

We wanted to start pushing our writers beyond the usual themes of loss and in-betweenness common to the Asian American experience.

We requested submissions about identity through a variety of different lenses and our writers answered in force. Week after week, I read poems, essays, and flash fiction by Asian Americans from all walks of life. Stewing in this creative literary hot pot, l began to feel acceptance and belonging. I published another piece in China Channel and applied for the Editor in Chief position at Mochi magazine, an online publication by and for young Asian American women. A perfect fit, right?

Even as I yearned to be the voice I needed when I was in college and high school, I hesitated.

Did I really want to be known as “the Asian American writer”? Wasn’t that a bit of a cop-out, to trade on my unearned privilege as a minority? (/scathing irony) Shouldn’t I be jostling for better bylines and growing my Pinterest following? As I interrogated my own trepidation, I realized that I still believed that writing for a white audience was better than writing for Asian Americans. Not just because the white audience is bigger, richer, and more powerful, but because there are way more white writers, editors, and publishers than writers of color. A not small part of me still wanted to just fit in with all the other (white) mommy bloggers.

This uncomfortable realization burrowed under my skin for a few months, dovetailing neatly with my semiannual identity crisis. Was I a web designer or a writer or a marketer or what? A service provider helping others or an artist creating my own work? And do I really have to pick a niche?! Even as I wrestled with those questions, I accepted the EIC position at Mochi. As I began meeting talented young Asian American writers, I had to confront the last shred of my internalized white supremacy.

Was I going to wear the badge of Asian American writer with pride and create opportunities for others like me? Or was I going to keep trying to be something I’m not?

I was growing more comfortable in my identity as an Asian American writer, but I still wasn’t sure that’s “all” what I wanted to be. As I struggled to rename and rebrand my blog, I asked a blogcquaintance what she thought about explicitly including Asian elements in my visual branding. She thought there was really no benefit in doing that unless I wanted to attract “a specifically Asian audience”. This made me sit up straighter, like my mother always wanted. The answer was suddenly clear. There is plenty of content on the Internet by, for, and about white women.

But only Asian Americans can tell the stories we need to hear.